You are at:Home»Relationships»Loss»Widows Ain’t Sittin’ Tight Any More!

This August, I am traveling back in time. I’m not kidding. I am. And I’m doing so because I refuse to let another year go by without exploring my roots, which includes meeting family that I have only heard about through stories once told by my Oma (“grandmother”) and then my mother.

You see, both women were born in Germany and so my life in the United States was greatly influenced by this as a little girl and even now. This includes my penchant for travel. You see, my Oma cemented it into my genes through her own solo excursions back to the continent and country in which she came. I’d marvel at those trips and her adventurous, confident nature. Few women traveled by themselves during those days but then again, few women had faced and overcome what my Oma had been forced to early in her years.

A young widow, herself, who immigrated to the United States with my mother in tow, my Oma would cultivate a wonderful life here underscored by many years of hard work, determination and resilience. Naturally giving, extremely personable and generous with all that she had, everyone who met her fell in love — a truism I reflected upon as I made the choices necessary of me in the aftermath of my own husband’s passing. Having solid, optimistic footsteps to walk in somehow helped me carve my own. 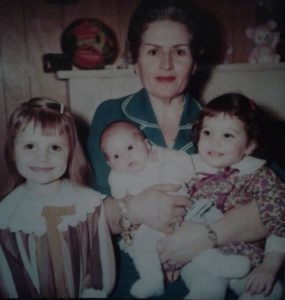 And now I am taking those tootsies to Munich where I will be the first in my family since my Oma to come face-to-face with my German relatives. How cool is that? I’m dating myself by my use of the word “cool,” I know but I am also educating you to what life is like for many widows, living in the United States today in my age bracket anyway (50-60 years-old). We make up a significant portion of all solo travel happening from our shores — approximately 60% of the 70% happening currently.   What this means in dollars and cents as well as opportunity for all those eager to help these widows travel. You needn’t be Einstein to figure this out — another native German with strong ties to Munich (although I can’t claim him as family…darn-nit!).

Speaking from experience, I believe, this monumental uptick in solo travel by widows arises from the benefits it offers in helping these women regain their footing again in the face of loss. Travel ignites “hope” through increased perspective. The collection of new experiences, expanded community, and needed fun remains pertinent to healing and moving forward. This is the reason I began solo traveling as a widow and why so many other widows did too. I always recommend it but especially during said moments — another grand example of times changing and women like my Oma laying those needed bridges for all widows to walk.

There is no doubt in my mind that she would have loved to have known that her example and courage ended up being a big part of the reason generations would reunite. Why I would be hugging a young woman named Saskia and others in a few short months and discovering stories about my family completely foreign to me but now could share. That’s a testament to one’s life that most can understand and applaud. That I may be able to be part of it? The honor is all mine (or as they would say in my ancestral tongue, “Die Ehre gehört mir.”) 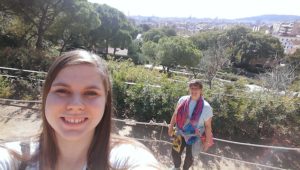 Saskia and her mom

Laura J. Wellington is the founder of threadmb.com as well as an award-winning children’s television creator, author TEDx speaker, and mother. Her recent book, “What To Do When Jane Knows DICK About Dating,” released in February 2018 through Post Hill Press. She has a new children’s book series, “Jasper’s Giant Imagination,” releasing through 4RV Publishing in Spring 2019.