You are at:Home»Lifestyle»Health»Clean and Sober: One Woman’s Journey to Recovery

Say the word addiction to someone. It’s one of those hot words that provokes various reactions. The spectrum is vast. It’s an uncomfortable topic and ignites deep emotions, much like politics and religion do. I don’t have to partake in anyone’s religious beliefs or political views; however, I am a recovering addict. And I am fiercely protective of it.

I’ve been asked many times “so what brought you to the Cape?” Apparently “an ambulance” isn’t the expected answer. But it’s true.

To backtrack a little, I spent all my childhood summers at the Cape. I loved it, until I became a super cool teenager who would rather jump off the Tobin Bridge than get in the wood-paneled family station wagon with my pillow, my Mad Libs and my sisters (plus my mother in the front seat whose arm length was less than efficient for striking distance when we started pissing each other off in the back seat.)

So here I was, at 32, in treatment on Cape Cod. What the fuck just happened?? I’ll spare the details on the shit show that landed me here. The six prior detoxes, the arrests and the complete mayhem I had created in my wake. Although whenever I think of my former self hurling a small pick ax thru the door of my own marital home, I thought how cool Jack Nicholson in the Shining looked while sticking his face thru the splintered door crack. Not so much in reality.

Getting sober was hard. It sucked. Because I had to work at it. I had to be uncomfortable, I had to be sad, and mad and humble. I had to make a decision to get it together, or die. There is no in between with addiction.  I had to try and understand, why me? Why, when raised by two loving parents who encouraged and protected, was I this mess of a person? Why weren’t my sisters this way? The argument that addiction is a choice not a disease amuses me. At no time during my high school years was there a sign-up sheet hanging in the guidance counselors office with, “What do I want to be when I grow up? Let’s see here…..doctor, lawyer, accountant……..um, SCUSE ME? I don’t see JUNKIE LOSER anywhere on this list. Where the sign up sheet for that?”

Because I can tell you. I didn’t choose it. It chose me. I just chose to fight back. Eventually. I share this piece of me with you because being an addict, an alcoholic or however you want to classify yourself is nothing to be ashamed of. Let’s be real. People are afraid of what they don’t know and they don’t educate themselves so the stigma stays alive and fully fueled. I remember when I was growing up, there was a homeless woman in Malden whose skin was like a saddle and she smelled like pee and lived in the train station. Her name was Norma, or “Nawma the Bomba” as we knew her. SHE was a drunk. SHE was an alcoholic and SHE was one of those people. Not me.

The hard lesson is, your neighbor, your boss, your high-powered corporate attorney are addicts. Recovering and otherwise. It’s not a disease that decides to single out bottom feeders who are on skid row. How do you think they got there?

Sixteen years later, I am still sober/clean and continue to live my life through those very 12 steps I used to mock. It was not easy. I had NOTHING when I came here except a green canvas duffel bag and maybe 6 strands of hair and a foul fucking attitude about recovery. They’re really onto something with that whole “One Day at a Time” shit. That is exactly the plan I followed. One. Day. At. A. Time. Sixteen years worth of “one day at a time” with meetings, sponsors and a wide network of support has given me a life that to some may be small and unexciting but to me it is purposeful and happy. It’s custom made for me, by me. I have no shame in allowing people into that part of my life. The dark part. We all need to know that no matter how deep the despair, how dark your days or how hopeless you feel, you are worth saving. You have a purpose here. People love you and rely on you. Don’t give up before the miracle happens. 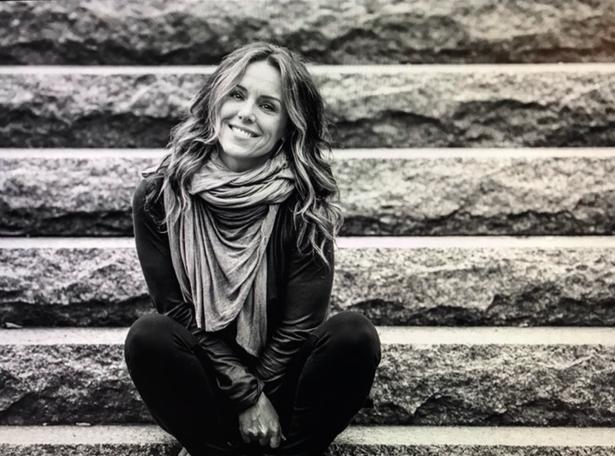