You are at:Home»Relationships»Marriage»When My Husband Questioned His Sexuality

Someone suggested I watch the new series Grace and Frankie. If you know me, you know that was definitely NOT going to happen. Being separated was one thing, but separate and secret was another, and there was no way I was ready to face anything remotely close to my life in flames.

The separation came December 1st. We were trying to wait for January but he had hot feet. He couldn’t get out of our home fast enough. As sad as I was about breaking up my family, I was not sad about having him out of the house. I actually felt relief. I felt a calm and a peacefulness that I didn’t expect. Maybe this was the calm before the storm.

Fast forward two months and we were OK. Kids, although shocked and sad, were trying on this new normal. The five of us came together once a week for dinner, and the communication, thanks to therapists, was ongoing. We both wanted what was best for our children and we didn’t want to hurt one another.

Then came the BOMB.

Sitting in the therapist’s office he says, “I’ve been questioning my sexuality.”

Now, I knew what I thought I heard him say, but I made him repeat it just to be sure I heard correctly. I was somewhere between throwing up and passing out when the light bulb went on. I knew he had just played my “trump” card. There would be no reconciliation; no-let’s see where this goes, no-figure yourself out and then we will see where we are.

Nope, for me it all became crystal clear……I was headed to divorce and my husband of 23 years was gay. Although he wasn’t sure at the time, and it wasn’t clear where he’d land, I was sure wherever it was, it was going to be without me as his plus one. My days of Mr. & Mrs. came around a hairpin turn and slammed into a brick wall.

The loss and devastation that followed were horrendous. Since he was unsure of this newness and where it was taking him, it was decided that until he was 100% sure, the kids should not be told. Again, this was done with care and thoughtfulness and with the expert advice of many professionals. This “cover-up” was a burden that I bore as well. I had only confided in my sister and my best friend as I knew they would take my well-being and my confidence to the grave.

My days were foggy. I got up every morning and put on my best mom smile and pretended everything was OK. Deep down I did believe it would be, but I didn’t know how I would get there. I cried almost every day. I could not understand how I didn’t see this. I rewound every day of the past and tried desperately to figure out what I missed. I questioned everything and then I did it all over again just in case I missed something.

I never figured it out.

During this agonizing time, I had the benefit of dating. It was strange and weird. Sometimes uncomfortable and scary. Then something, no someone, wonderful happened. This someone came along almost one year after he left.

Although I couldn’t share my secret with him, (mostly because my children didn’t know and I knew the first question they would ask would be, “who knows?”) he was secure, grounded and nonjudgmental. I didn’t know when I would tell him anything, but I knew that when I did it wouldn’t matter.

My kids found out about their dad in our den. Fifteen months after he moved out, he came clean in a family meeting (I was already in a four-month relationship.) One child got up and left. Another said, “Whatever, you do, I don’t want to hear any details.” The youngest just cried.

Through lots and lots of therapy and discussions, we somehow managed to get through it. We weren’t all on the same page all the time but we tried to be as open, honest and compassionate about this as possible. We knew that once the word on the street was out, that it was only going to get harder before it just faded away. I think we did the best we could do and that has mattered the most.

Today we are all OK. He lives in New York City with his partner and I am on Long Island with the man of my dreams. Our kids are our kids and we are challenged with the challenges of every 19, 20 and 24 year-old. We have adjusted to our new “Modern” family and we all do care about one another. The days of, “How am I going to get through this?” and “Where will I be once everyone knows?” are over.

Although I would never admit this during my marriage, I wasn’t living my true happiness. I am beyond lucky and truly grateful that I had a chance to find it during my Act Two. 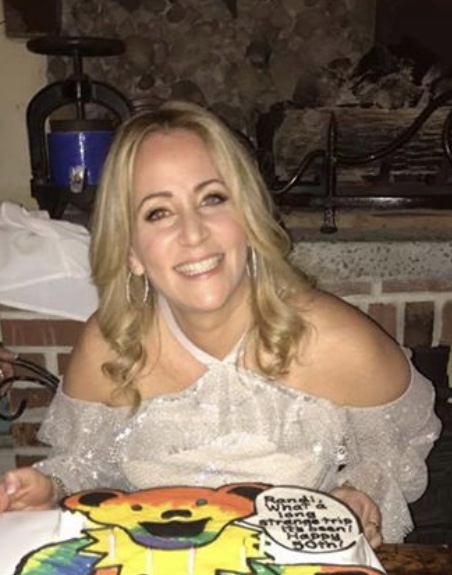 Randi is a freelance writer at The Write Thing to Say. She is a consultant for the Lustgarten Foundation for Pancreatic Cancer Research. She is a living donor. She is also a lawyer, a canasta teacher, a bridge student and most importantly a Mom. She consults, counsels and writes for anyone and everyone on most everything. Toasts, Roasts, Marriages, Divorces, New Homes, Old houses, Mitzvahs, Funerals and College essays and applications…she’s played a part in them all. She hopes to write a book one day too!