You are at:Home»Relationships»Loss»It Was My Right To Choose

In the early 70s there were two kinds of single women: good girls (aka virgins) and whores. There was nothing in between.

I was afraid of judgment and that someone would tell my Dad I was sexually active. Birth control for unmarried women wasn’t legal until 1972. We were forced to count on condoms, home remedies, fake histories, and other deceptions for protection.

To this day, I have no regrets at our choice, but at the time I was horrified to be discovered as sexually active. Rick and I used the age-old method of rhythm, early withdrawal, and a prayer. It was a difficult plan to maintain in the front seat of a 1968 Corvette.

I wasn’t very far along when I realized what had happened, and I told Rick. He said nothing at the time but came over a day later to tell me he wasn’t ready. He presented a deal: if I wanted the baby, it was all mine, he would not be involved in any way. If I didn’t go that route, he would pay financially for the abortion, and he acknowledged that I would pay emotionally and physically.  Due to the fact I earned three hundred dollars a month, no insurance, and the horror of my guilt, I agreed.

A week later, I waited in the lot behind the Hitching Post Bar in Peoria, Illinois and met a guy.

I handed him an unmarked envelope full of cash, and he laughed. “What am I supposed to do with all of these envelopes?” I had no suggestions as we left for an unknown location.

My knowledge was slim. I knew how it happened, but no idea how it would come out. As we drove to East St. Louis, about two-hours away, he educated me. When the trip started, I was timid, but as we arrived, I had a friend and a confidant. He knew my secret, and he didn’t judge me.  I wish I remembered his name, because he was open, honest, and gave me much-needed information and some warning signs of problems to watch for. He promised if I felt well enough after, we could go see the Cardinals baseball game.

We arrived at a doctor’s office, and he sat with me waiting for the nurse to call my name. I went in alone, got undressed and laid on the table, I still remember the details of the room. The doctor came in and put unidentified medical tools in a large metal bowl, poured alcohol (I assume) on them and set it all on fire. I was smart enough to know that was an effective form of sterilization, but to this day I wish he would have pulled them out of a little box, like at the beauty shop.

In my renewed fear, I requested my driver come and sit with me.  He did, and the last words I remember for sure were “are you sure, you can still change your mind.”

Yes, I was sure.  I don’t remember much more.

About an hour into the ride home, he stopped and bought me a Dairy Queen ice cream cone. I slept the majority of the way back. During the entire experience he was kind and considerate. It would be years later that I would recognize the risk he took to helpI guarantee a safer choice.

Somehow, I was home, and Rick was there. He brought me a can of orange juice concentrate every day. He heard that it was healthy. Even now, I seldom drink orange juice, but I still love Dairy Queen.

There were details that I knew nothing about regarding bleeding and tampon use. Rick was there for me, and we would talk for hours. Both of us recognized it might have been our only chance for a family. That concern ended up being real for me, not for him. My inability to have children was not because of the procedure on that day.

Almost a month later, we were on a date, and one of his friends brought over my sunglasses, “that abortion guy sent them, said you forgot.” I still wonder how many knew about our situation.

Our relationship lasted another two years; I loved Rick then, I love him now. Even though I haven’t seen him in forty-plus years; some bonds are life-long. I have no regrets, but occasionally I do visit the land of what if.

In the mid-80s, I was mobilized by the memory of my experience. There is a strong belief than no woman or girl should be as ignorant and frightened as I was.

I became a political-activist, initially for choice and quickly for all civil rights. In time I was elected president of a large city chapter of the National Organization for Women. 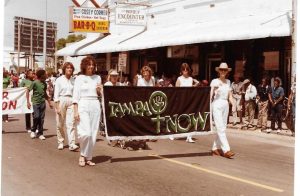 I’ll never forget a call-in radio show I did with a friend who is now gone. We were under attack by every caller. I decided near the end to tell my story, and the lines went quiet. Finally, the phone rang, and the message held up was Marjorie on line two. My mother called, and she asked one question, “Was it the football coach?” Don’t worry, Rick wasn’t my coach, I was well out of high school when we met. Now that she knew and understood, I vowed to speak with no shame.

Later I was invited to lead a panel at a university for the right to life movie “The Silent Scream.” The pro-choice side consisted of an emergency room doctor, a Unitarian Minister that had been a driver, and me. Even though it was an event by a religious right to life group, the Unitarian church got three new members the next Sunday.

Daily I watch the attacks on women’s rights and realized I must speak.

They can steal some of our options, but they can never take away what we have learned. It is shocking that I have become history and now I must fight for another generation. 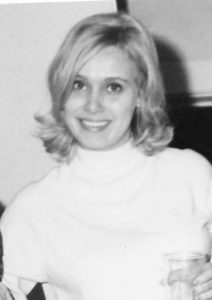 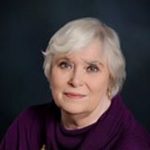 Side note: I have bought multiple copies of Our Bodies Ourselves for two generations that have followed.

Toni Kief is from a small Midwestern town and a family of high spirits and laughter.
Presently lives in a small town in Washington state, she plans to stay for the view, trees,
and friends. Her life story includes decades in insurance claims as one of the first women outside casualty investigators. A longtime civil rights activist, she shares stories about lunches with politicians, leaders, and artists. Toni didn’t start writing until she was sixty years old as a challenge. She joined a writer’s group that specialized in flash fiction which helped move her to novels. Toni prefers to write about women of “a certain age” and has five books independently published. Finally retired she continues to gathers stories prime for embellishment in extraordinary situations. Toni is a founding director of The Writers Cooperative of the Pacific Northwest and is a driving force in the continued growth.  Please visit: http://tonikief.com.
https://www.amazon.com/Toni-Kief/e/B01CR8V3RG/ref
http://writers-coop.com/