You are at:Home»Lifestyle»25 Best Sitcoms Of The Seventies

The seventies – a great decade for television. Sitcoms were funny, diverse, family-oriented, modern, and even serious sometimes. This is my list of the best sitcoms of the seventies.

1. Happy Days – Ayyyy!! Aired in the seventies but set in the fifties. The story of the Cunningham family and their friends, including the ultimate cool guy – Fonzie. 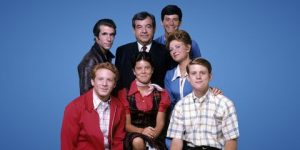 2. Laverne and Shirley – A spinoff of Happy Days. The story of Laverne DeFazio and Shirley Feeney, two single women working as bottle cappers in Milwaukee, WI in the fifties. Who didn’t want a script “L” on their shirt? 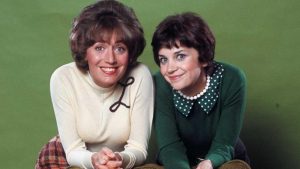 3. Mork and Mindy – Yet another spinoff of Happy Days.  Our introduction to the amazing Robin Williams. Mork is an alien who comes to earth to study humans and forms a bond with the woman he lives with. 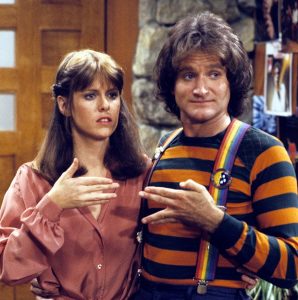 4. All in the Family – The opinionated and narrow-minded Archie Bunker, his sweet wife Edith, feminist daughter Gloria, and liberal son-in-law Mike try to coexist in the same house in Queens, NY. 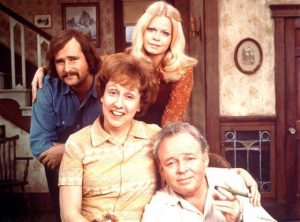 5. The Jeffersons – A spinoff of All in the Family.  George and Louise Jefferson “move on up” from Queens to New York City’s Upper East Side. 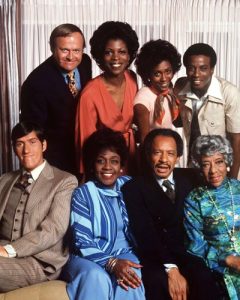 6. M*A*S*H – About a group of doctors serving in the “4077th MASH” unit during the Korean War. It was a sitcom but had many serious episodes. 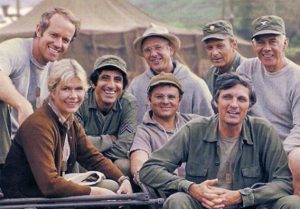 7. Taxi – A bunch of taxi drivers working for the Sunshine Cab Company set in the garage. dealing with their unsatisfying lives. 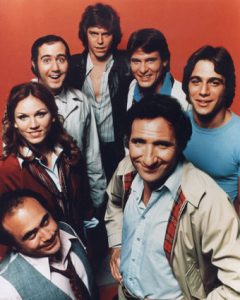 8. Mary Tyler Moore Show – A single, thirty-something woman who is “making it on her own” and working at a TV station in Minneapolis, MN. Mary broke ground as a single working woman character in a 70s show. 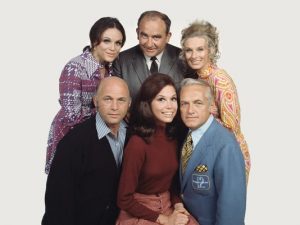 9. Rhoda – A spinoff of The Mary Tyler Moore Show. Rhoda Morgenstern leaves Minneapolis and returns to her hometown of New York City. 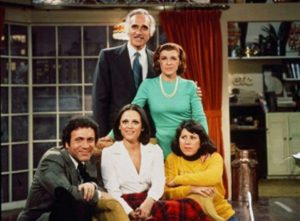 10. The Odd Couple – Two men have to learn to live together after separating from their wives. One is a neat freak and the other is a slob. 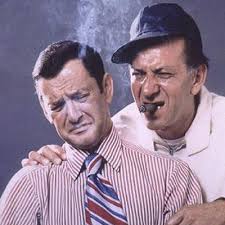 11. Welcome Back Kotter – A teacher returns to his hometown in Brooklyn with his wife. He teaches a remedial class at his old high school called “the sweathogs”. This is where we all fell in love with John Travolta as Vinnie Barbarino. 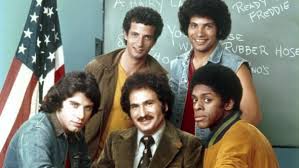 12. The Brady Bunch – No seventies list is complete without The Brady Bunch. It’s the story of a lovely lady who was bringing up three very lovely girls…. 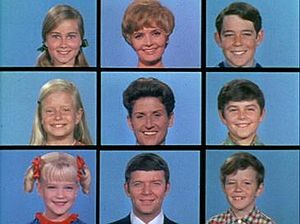 13. Three’s Company – Two women and one man living together in the same apartment and their constant misunderstandings. 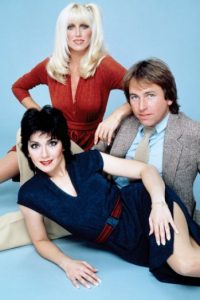 14. Soap – A parody of daytime soap operas. It is the story of two sisters—Jessica Tate and Mary Campbell. 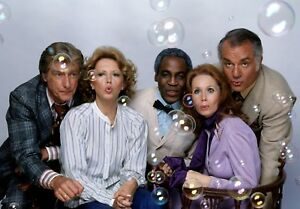 15. One Day at a Time – Another groundbreaking show. A divorced, working mom raising her two daughters by herself. And you can’t forget Schneider! 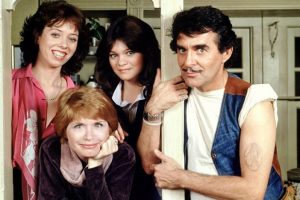 16. The Partridge Family – A widowed mom and her five children form a rock band and travel on a painted bus. And who wasn’t in love with David Cassidy? 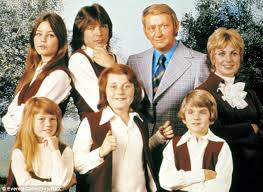 17. What’s Happening!!  Raj, Dwayne, Rerun, Shirley and that sarcastic little sister Dee. The show took on a life of it’s own. 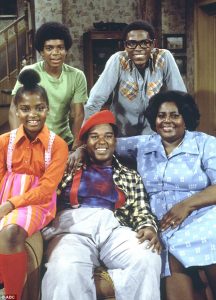 18. Good Times –  Television’s first African American two-parent family sitcom. A spinoff of Maude, Florida and James Evans and their three children live in a housing project in a poor, black neighborhood in inner-city Chicago. The couple had three children including the infamous J.J. – Dy-No-Mite!! 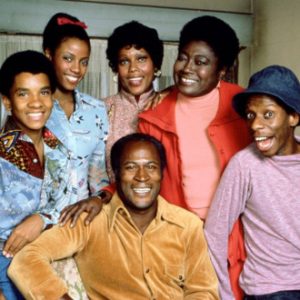 19. Maude – And then there’s Maude… Another spinoff of All in the Family.  Maude was Edith’s cousin – an outspoken liberal woman living with her fourth husband. 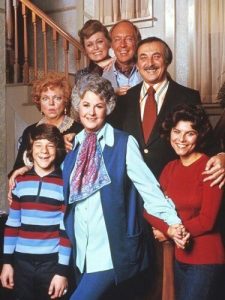 20. WKRP in Cincinnati – An ensemble cast of employees at a struggling radio station. Who can forget the theme song? 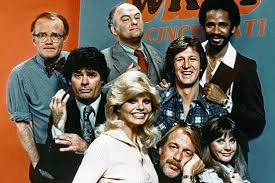 21. Alice – Alice is a widow and aspiring singer working as a waitress in Mel’s Diner and raising her son. Her diner coworkers are Mel, Vera and flo – kiss my grits! 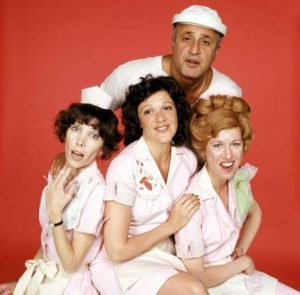 22. Chico and the Man – It was short lived due to Freddie Prinze’s suicide. The owner of a run down garage in an East LA barrio hires Chico and they form an unlikely bond. 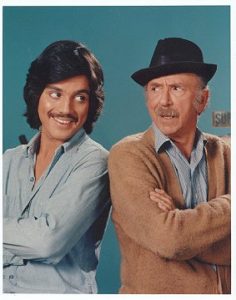 23. Sanford and Son – The story of Fred Sanford, a widower and junk dealer, and his son Lamont. They live together and have a strong bond even through their constant fighting. 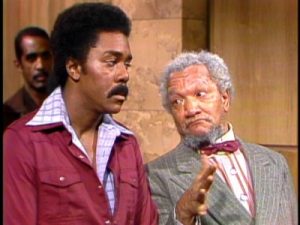 24. The Bob Newhart Show – The story of Dr. Bob Hartley, a Chicago psychologist, his wife, and his patients. 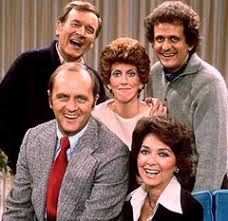 25. The Ropers – A Three’s Company spinoff.  The Ropers have sold their apartment building and move to a new community. Sexually frustrated Helen tries to fit in while grouchy Stanley constantly embarasses her. 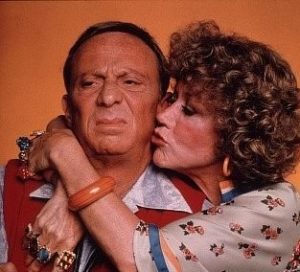 What are your favorie sitcoms of the seventies?

This is the first in the 25 Best Sitcoms series… stay tuned for more!

Read Next: 7 Must See Christmas Movies For Children Of The 80s